Zlatibor is a mountain which spreads over an area of approximately 1000km2, 27km in length, from southeast to northwest, and 14km in width. Its highest peak is Tornik (1496m). It is very famous summer and winter resort and climatic health resort. Zlatibor is located in the norhern part of the area called Stari Vlah, that is the border area between Raska, Bosnia and Herzegovina. It lies in the area of the municipalities of Cajetina, Uzice and Nova Varos in the Zlatibor District. The administrative center of Zlatibor is a small town Cajetina, but the center of Zlatibor in every other aspect, except administrative, is the small town called Kraljeve Vode (King s Waters - Zlatibor), which is a famous tourist place.

It is not known what was its name in the distant past. In the Middle Ages, this area was located within the district called Rujno, the administrative area of Raska, so the whole Zlatibor has that name. It comes from the name of a plant called ’’ruja’’, that was used for tanning skin and was exported in Dubrovnik, and nowdays it grows in villages like Semegnjevo, Stublo and Uvac. Since the eighteenth century, the name Zlatibor has been
used increasingly, and in 1885. during the new administrative division of Serbia, Rujan distict was divided into Arilje and Zlatibor, so that the name Zlatibor appears into official documents. There are three legends about the origin of that name. One says that the name originated from the golden color of pastures on Zlatibor (which is not very likely because those pastures are not so old), the second one says that the immigrants from Montenegro and Herzegovina on Zlatibor boasted with a wealth of pine forests, saying: ’’That pine is golden!’’ , and the third legend (probably the most accurate one) says that it was named after one of the very rare species of white pine, the so-called golden pine, whose scientific name is Pinus silvestris variegata zlatiborica because of the Salih Omanovic, an engineer from Sarajevo. Now, Golden pine can be found only in the village Negbina and it is under the protection of the state. Zlatibor is primarily a mountain of exquisite beauty, pleasant climate, spacious clearings, lush pastures, water-rich mountain streams. Summers are hot and winters are mild. It rains relatively often and snows from October to May. The so-called Sarganska Osmica (Sargan Eight) is part of the narrow rail gauge between Uzice and Visegrad, over the hill Sargan. This railway has many bridges and 19 tunnels. The longest one is Sargan tunnel (1660.80m). According to the number of bridges and tunnels and its rise, it is unique in Europe and it is also one of the tourist attractions of Zlatibor. The locomotive steam of the train cannot beat the rise, so the railway goes over the hill in circles, and makes a shape that resembles the number eight.

Sirogojno - village in the eastern part of Zlatibor

This village developed around the church at the beginning of the nineteenth century, and then around the school, cooperatives, village pubs and bakeries. St Apostles’ Peter and Paul Church was built in 1821. and it was placed under state protection. It keeps many values, such as carved doors and many icons from the nineteenth century, and also there are the names of the dead warriors of the First World War inscribed on its walls. Area of Sirogojno, to which also belong villages Drenova, Zeljine, Trnava and Cickova, has many memorials. Some of them are: Monument in Vladaje, bust of priest Milan Smiljanic, commemorative plaque on the school in Trnava that the national hero Savo Jovanovic attended, and also his house. There is also an ethno village in Sirogojno. Open-air museum ’’Staro selo’’ (Old village) represents a group of Zlatibor houses and another buildings made of wood. Knitters from Sirogojno are very famous and their woolen sweaters are being sold in Europe. During the season there are organized many artistic, literary, musical and other meetings, exhibitions, lectures and summer schools. 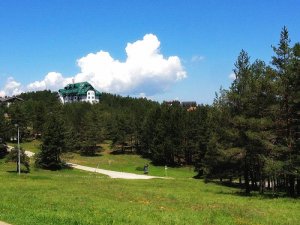 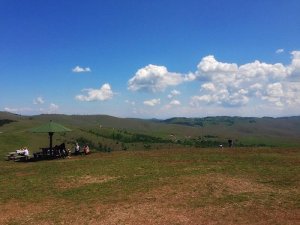 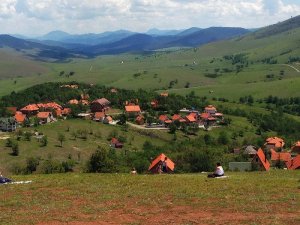 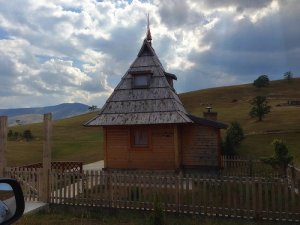 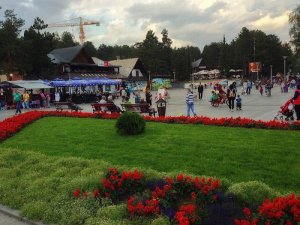 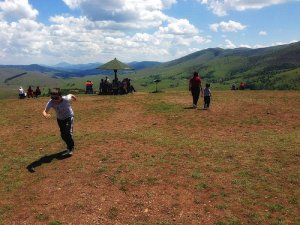 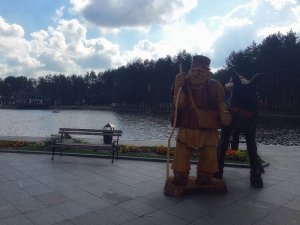 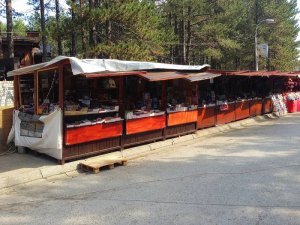 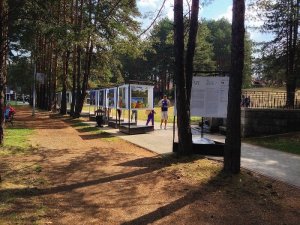 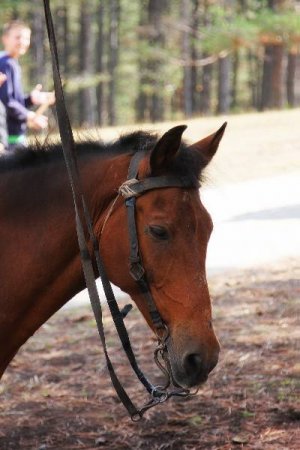